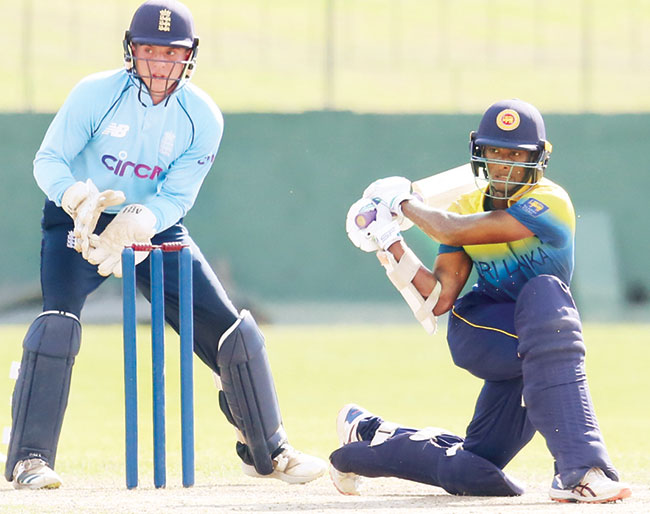 Madampa Central spinner Malsha Tharupathi and Lumbini College’s Sakuna Liyanage are among the 17 players picked for the Under 19 Asia Cup and the ICC Youth World Cup. The players have been picked from the squad which took part in the Under 19 series against England.