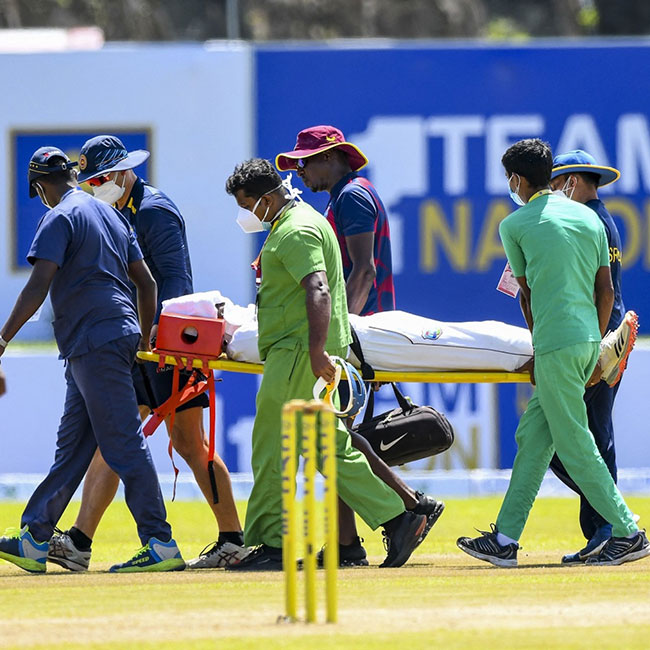 Wes Indies cricketer Jeremy Solozano on Sunday was stretchered off the field during day one of the ongoing first Test against Sri Lanka in Galle.

In the 24th over of Sri Lankan first innings, Solozano came in the way of a pull shot from skipper Dimuth Karunaratne.

The Wes Indies debutant received the blow to his helmet and was taken to a hospital.

West indies cricketer, Jeremy Solozano was stretchered off the field of play after receiving a blow to the helmet while fielding, Sri Lanka Cricket (SLC) confirmed.

“He has been taken to the hospital for scans. A further update will be given on his condition when it becomes available,” the SLC said.

Sri Lanka won the toss and opted to bat first in the first Test. Pathum Nissanka and Karunaratne hold the fort for Sri Lanka as the side scored 61 runs in the 27 overs before the lunch was taken.