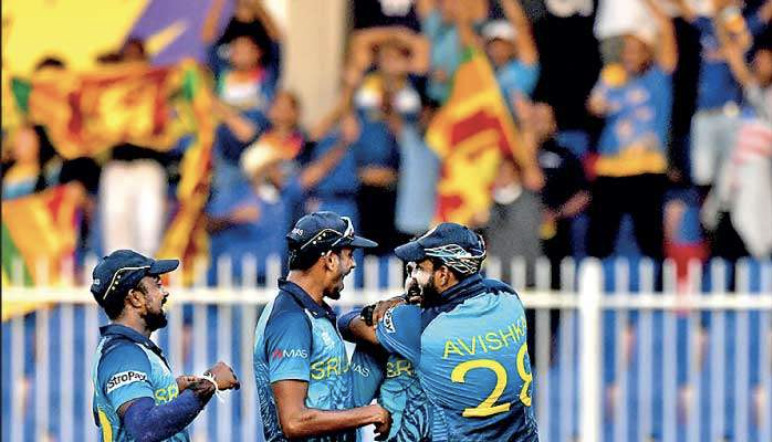 Saturday’s nail-biting defeat at the hands of South Africa has placed Sri Lanka in a must-win situation against unbeaten England in their fourth Super 12 game to be played here at the Sharjah Cricket ground this evening.

The big-hitting South Africans muscled their way to victory, bringing Sri Lankans to their knees in the final over despite leg-spinner Wanindu Hasaranga claiming a decisive hat-trick that briefly put South Africa under pressure going into the final two overs.

With 25 needed off 12 balls, the results could have gone either way but the execution of Sri Lanka’s set plans proved poor, with David Miller and Kagiso Rabada taking South Africa home with a ball to spare.

The final over was bowled by Lahiru Kumara. He had conceded only 17 runs off his three overs, but gave away as many as 18 runs off five balls to end the match on a disappointing note.

“We backed him to bowl the final over as he had done well before,” said Pathum Nissanka, who scored a career-best 72 to lead Sri Lanka’s run accumulation. “We gave him all the support required but there were few errors and the game slipped away from us. We’re disappointed but, at the same time, we know we gave a good fight till the end.”