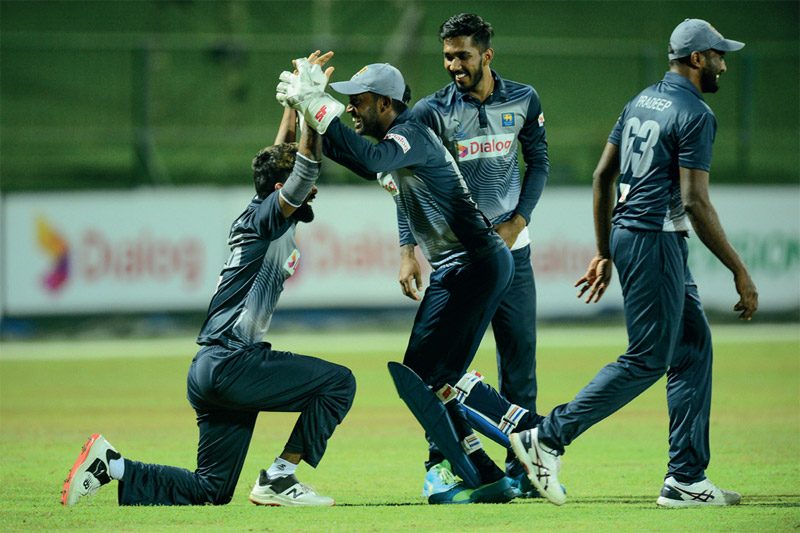 SLC Greys led by national white ball captain Dasun Shanaka were crowned as champions of the Dialog SLC Invitational T20 League when they came up with a compelling performance to outplay SLC Reds by 42 runs in the final played at the Pallekele International Cricket Stadium yesterday.

The winners picked up prize money worth Rs. 2 million and the Dialog Invitational T20 Champions Trophy and the runner-up Rs. 1.5 million.