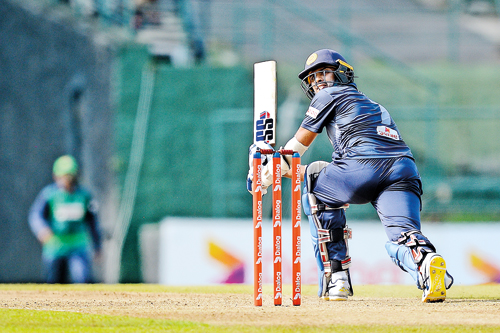 Throwdown specialists with the ability to rachet up speeds in excess of 145kmph with the sidearm could help Sri Lankan batters better prepare to face bowlers with express pace, opines Sri Lanka limited over skipper Dasun Shanaka, ahead of their six-match white-ball series against South Africa.

The sidearm is a piece of cricketing equipment shaped like a long spoon, with its far-end designed to hold and hurl the ball at great speeds. Sri Lanka is up against two of the fastest bowlers in the modern era—Kagiso Rabada and Anrich Nortje—who regularly reached over 145kmph during the series against South Africa, a huge challenge for the inexperienced local batsmen.

“I have requested the services of at least two throwdown specialists who could generate express pace in order for us to counter pace generated by bowlers like Rabada and Nortje,” said Dasun, in an interview with the Sunday Times.