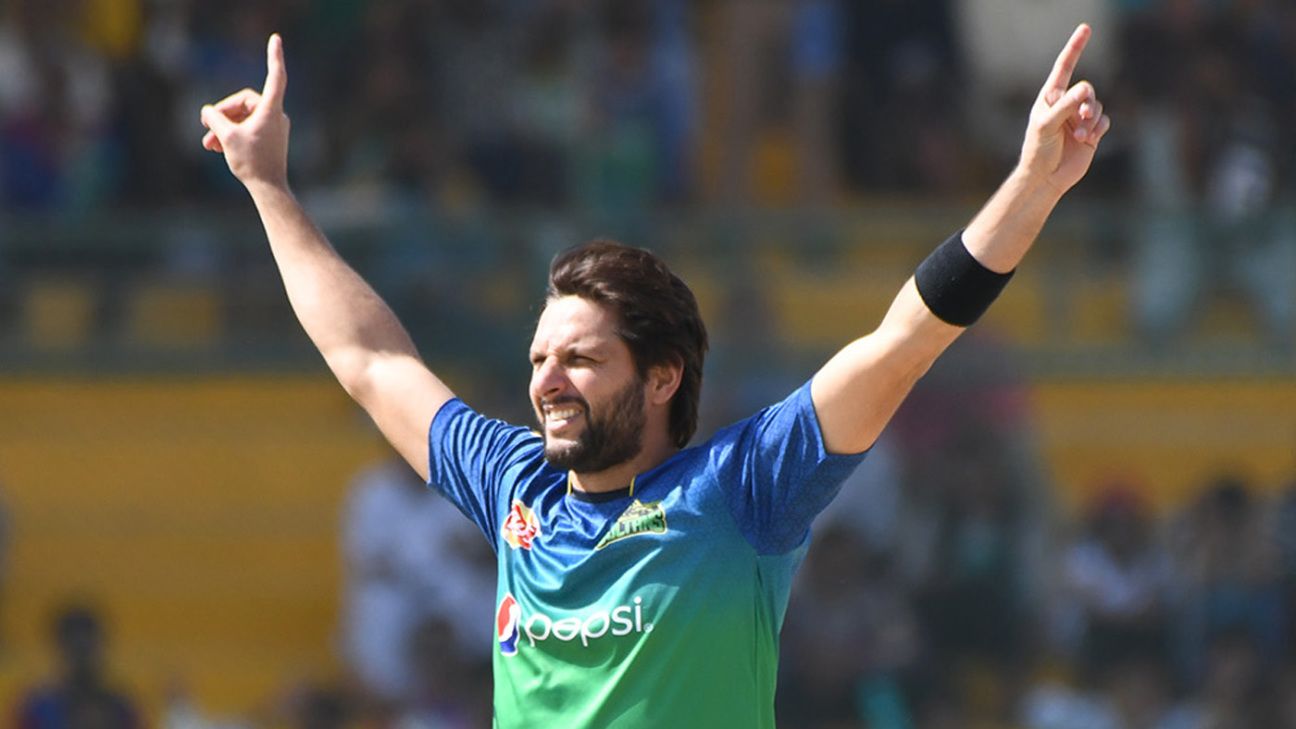 Galle Gladiators captain Shahid Afridi will miss at least the first two matches of his team’s Lanka Premier League (LPL) campaign, after missing his flight to Sri Lanka on Monday.

Afridi tweeted about missing his flight, which had been set for morning, and went on to say that he will be “reaching soon to take part in the LPL”. Although details of his next attempted flight to Sri Lanka have not been firmed up, Gladiators have said they hope he can arrive by Wednesday.

The team also confirmed he will be unavailable for their first two matches. Once Afridi gets to Sri Lanka, he will have to undergo a three-day isolated quarantine, plus likely several further days of a less stringent quarantine, before he joins the league’s biosecure bubble.