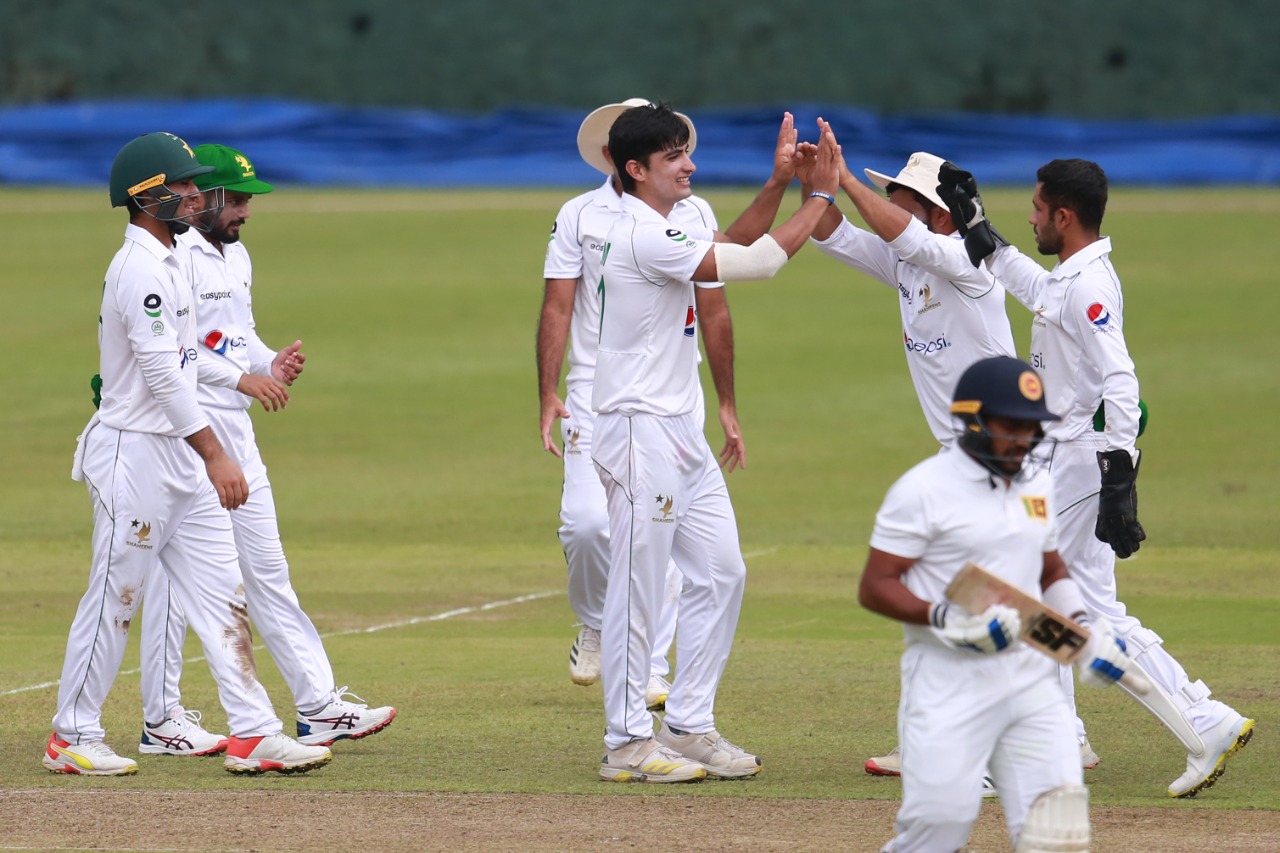 Persistent rain post-lunch curtailed the day’s play to a mere 22 overs with Sri Lanka A placed at 61 for six.

Sri Lanka A openers Kamil Mishra (20) and Lahiru Udara (23) provided the team a 36-run start. After Udara fell to a sensational catch behind the stumps by wicketkeeper Mohammad Haris off Irfanullah, the top and middle-order was blown away by Naseem and Khurram.

Naseem who bowled with great pace and sustained hostility took three wickets for 27 runs in eight overs. Khurram took two for eight off six miserly overs. Irfanullah took one for 28 off his eight.

Sri Lanka A lost six wickets for 25 runs to slump from 36 for no loss to 61 for six before heavy rain and a wet outfield brought a premature end to the day’s play.