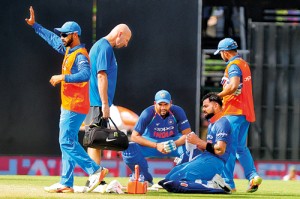 Shikhar Dhawan will lead a second string Indian team to play Sri Lanka in a six-match limited over series next month. The series, which includes three ODIs and as many T20 internationals, will be played at the newly refurbished R Premadasa International Stadium starting July 13.

The Indian Test team is currently in England preparing for the finals of the World Test Championship against New Zealand and therefore regulars like Indian skipper Virat Kohli, Rohit Sharma, KL Rahul, Jasprir Bumrah and Rishabh Pant are not in the touring side.

However India still looks a formidable side given the experience the players have had in the IPL–a tournament that has given India the option of building a strong bench strength to replace those regulars in the national team.

Sri Lanka on other had are experimenting with a young side with the hope of building a ‘strong’ team come the 2023 World Cup. They have dropped players like Angelo Mathews, Dimuth Karunaratne and Dinesh Chandimal from white-ball cricket at least for now but may recall them to the side depending on what transpires during the England series starting June 23…