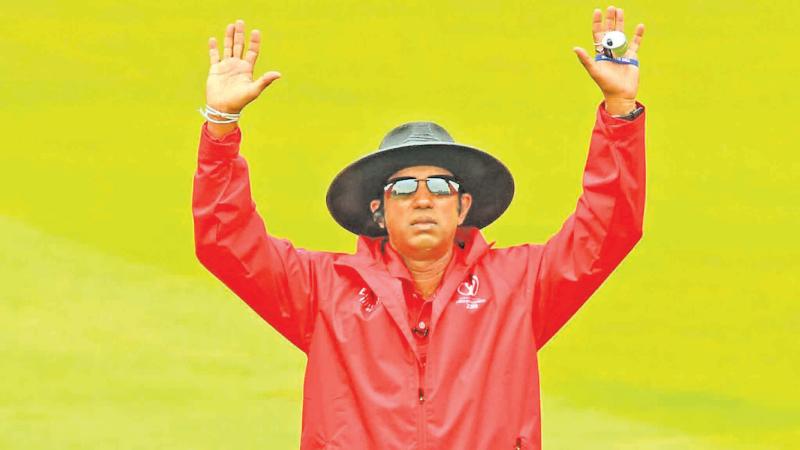 The highest individual innings by a local batswoman was registered by 16-year-old Vishmi Gunaratne of Ratnaweli Balika when she smashed an unbeaten 417 against Jayasiripura Junior School in Negombo last Thursday.

Most importantly, the marathon knock came in a limited over match. In an almost single handed effort, Gunaratne’s 417 not out enabled her team to score 567 for 2 in 30 overs. She was given a good helping hand by Sandali Weerasinghe who made 78.

Jayasiripura were bowled out for 35 runs in 14.3 overs, giving Ratnaweli a thumping win in their Under-19 girls limited overs match.

Gunaratna was associated in two vital partnerships during her invincible innings,151 for first wicket in 62 balls with Kavya Pinsith (15) and 352 for the second wicket in 109 balls with Sandali Weerasinghe. Umaya Ratnayake bagged 5 for 11 to signal a completely one sided win.

Meanwhile St. Joseph’s remained Schools Under-19 Division One top tier champions when they won the title last week by beating Richmond in the final. A blistering 80 off 88 balls by captain Shevon Daniel and a useful double of 42 runs and 3 for 18 by Dunith Wellalage made St. Joseph’s register a thumping 106-run victory over Richmond to retain their Under 19 Division One Tier ‘A’ Championship title at Police Park.

Sadeesh Jayawardena (46 in 78 balls) and skipper Daniel shared a 57-run partnership for the second wicket.

Meanwhile, the 1989 Observer Schoolboy Cricketer of the Year Kumara Dharmasena, is now serving as ICC Elite Panel of umpire for many years.

Dharmasena, who was a member of Sri Lanka’s 1996 World Cup winning team under another Observer Schoolboy Cricketer Arjuna Ranatunga, has reached many great milestones in his distinguished career as an international umpire.

The ex-Sri Lanka all-rounder, who celebrates his 51st birthday today (April 24), has now officiated in over 70 Tests, 115 ODIs and 35 T20 Internationals.

In his last interview with the Sunday Observer, Dharmasena said that the Observer Schoolboy Cricketer of the Year title he won in 1989 inspired him to excel in the international arena.

KD is better known for his inspiring acts as a team man, motivating his fellow players even at difficult times. Hence, he was nicknamed ‘Unanduwa’ by his teammates.

“Winning the Observer Schoolboy Cricketer of the Year title was a great moment in my life. It was one of the proudest moments in my cricket career,” he said.

“It was a big inspiration for me to win the Observer Schoolboy Cricketer of the Year title. It helped and encouraged me to work hard to win my place in the Sri Lanka team,” he said.

Dharmasena feels that winning a Mega Award such as the Observer Schoolboy Cricketer of the Year gives a huge image and great confidence for a schoolboy cricketer to go places.

“That would definitely make young schoolboy cricketers more determined to reach the top of the ladder. That gave me tremendous confidence to transform from school cricket to international cricket,” he said.

Dharmasena said he was looking forward to many milestones as an international umpire. “I do not have too many future plans as we are getting older. I take it year by year. For as long as the ICC recognizes my work I will work and I am happy with it”, he said.

He umpired at the 2011 ICC World Cup and in the same year he had the honour of being appointed to the ICC’s Elite Panel of Umpires. But the greatest achievement in his career as an international umpire was witnessed in 2012 when he was adjudged the ICC’s Umpire of the Year to receive the David Shepherd Trophy.

Dharmasena became the first person to complete a unique double of playing and umpiring in an ICC World Cup final when he officiated at the 2015 ICC World Cup tournament final. As a player, Dharmasena played a notable role in Sri Lanka’s World Cup victory in 1996.