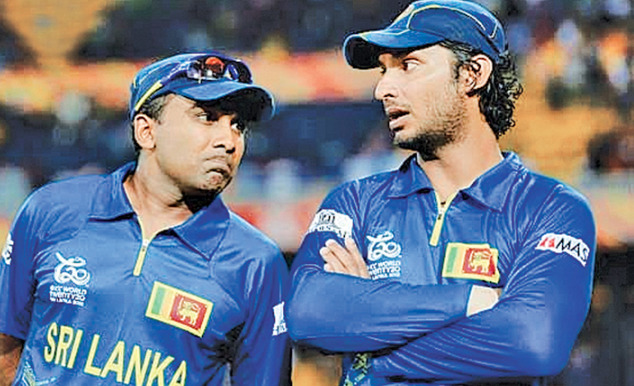 Mahela Jayawardena and Kumar Sangakkara are among the eight former members of the National Sports Council (NSC) who snubbed a meeting chaired by the new Minister of Sports Thenuka Vidanagamage to discuss the future of Sri Lanka sports and NSC.

Jayawardena was the former chairman of the NSC while Sangakkara served as a member but both were among many prominent people who supported the ongoing protest calling for resignations of the President and Government over a worsening economic crisis.