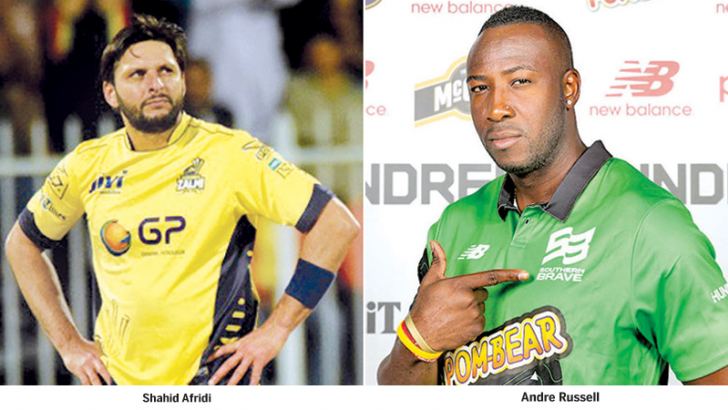 Two of the biggest entertainers of the shortest format of the game, Andre Russell and Shahid Afridi are set for a massive showdown in the Lanka Premier League (LPL) T20 Cricket Tournament curtain-raiser match scheduled for November 21 at the Mahinda Rajapaksa Stadium in Hambantota.

West Indian all-rounder Russell will turn out for the Colombo Kings coached by veteran Dav Whatmore, while former Pakistan Captain Afridi will represent the Galle Gladiators coached by Moin Khan.

Russell is currently representing the Kolkata Knight Riders in the Indian Premier League, while Afridi is set to play in the Pakistan Super League before arriving in Colombo.