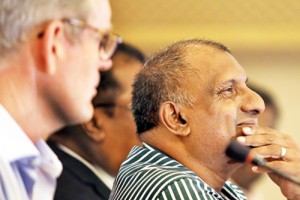 When Sri Lanka roped in Graham Ford for his second tenure as head coach in 2016, it was expected he would turn things around with the wave of a wand. Even bigger hopes were placed on Chandika Hathurusingha who became head coach for a hefty package in return for the pledge of spurring the national team to excellence.

But neither Ford nor Hathurusingha lived up to the expectation of fairytale highs and were sacked before contract expiry. There were others like Simon Willis and Asanka Gurusinha who held key positions within the cricket establishment. The anticipated results never came.