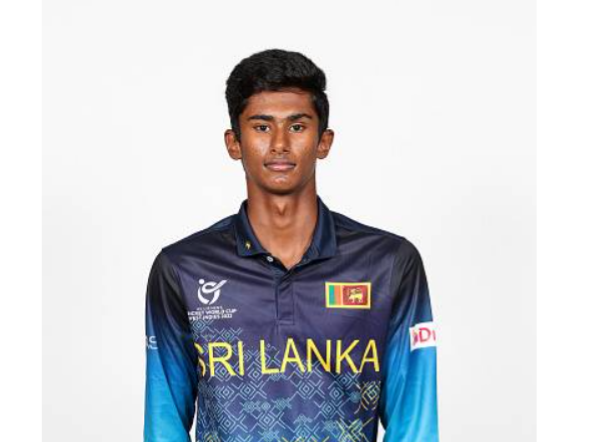 The fighting century by Ranuda Somoratne helped Sri Lanka Under-19 to register an emphatic win against their English counterparts in a four-day unofficial Test played at Essex County Cricket Club grounds in Chelmsford in England on Wednesday. Chasing 273 runs to win in the last two sessions, Sri Lankan batsmen guided by stylish Trinity batsman Ranuda Somaratna with an unbeaten match-winning 120 ensured a Sri Lankan victory with three wickets to spare and only 11 balls left. He was named Man of the Match.
ShareTweet