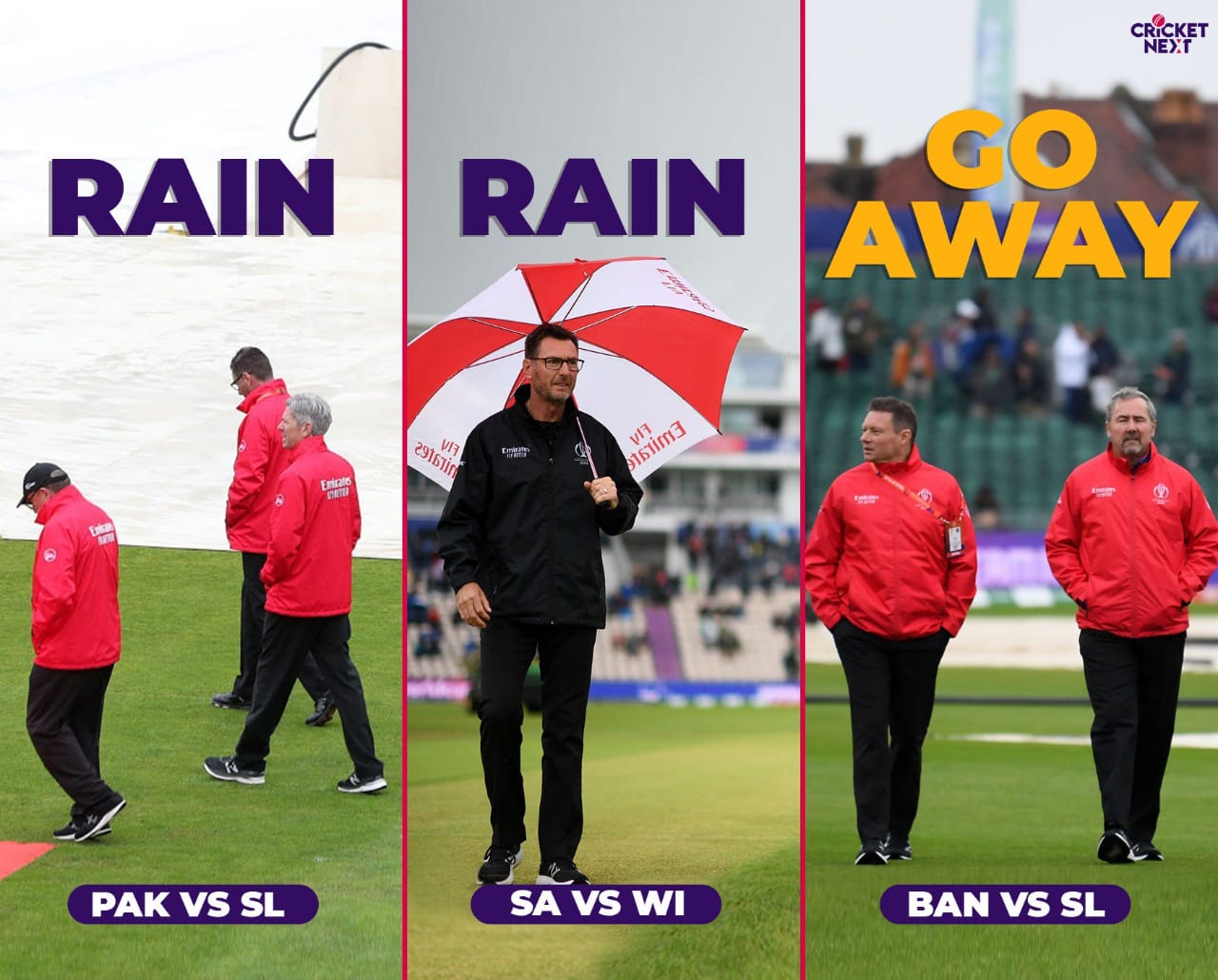 With Sri Lanka vs Bangladesh joining West Indies v South Africa and Sri Lanka vs Pakistan in the match abandoned club, this edition of the World Cup has already had more games washed out than any before.

Sri Lanka have been worst affected by the great British summer, with two of their games called off, although given the state of their performances so far – numbers 4-7 in their order have so far managed just nine runs between them – some might feel that picking up two points from abandonments might have actually worked out in their favour.