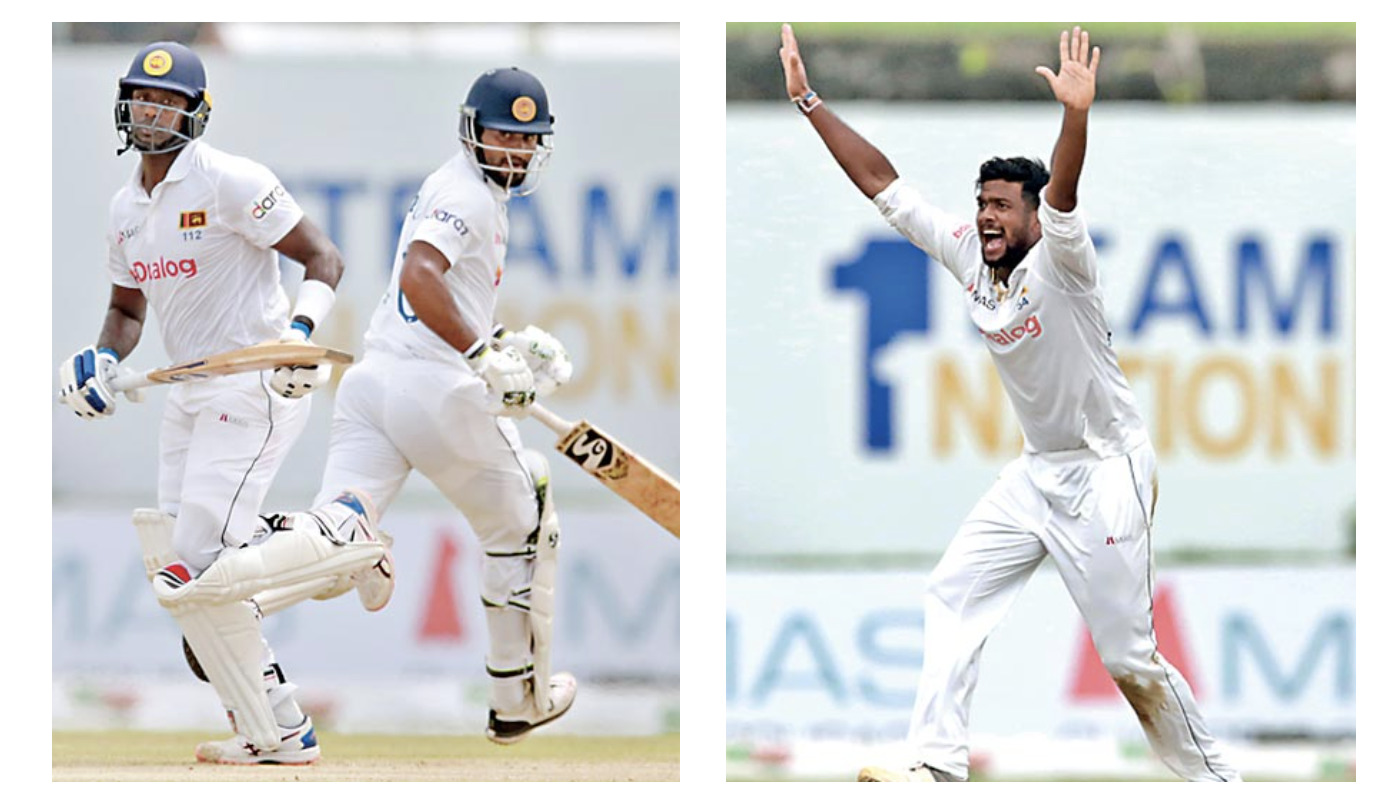 It seems that nothing but the rain will prevent Sri Lanka from winning the first Sobers – Tissera Trophy Test match against West Indies at the Galle International Cricket Stadium and enable them to put their first points on the board in the second edition of the ICC Test Championship.

By stumps, on an extraordinary fourth day’s play brought forward by bad light with 15.3 overs yet to be bowled, West Indies set a daunting target of 348 to win in four sessions were reeling at 52/6. They trail by 296 runs with four wickets in hand to avoid defeat in the two-Test series going into the fifth and final day today. At the wicket were Nkrumah Bonner (18) and Joshua Da Silva (15), thanks to whom the West Indies were spared the ignominy of being bowled out for their lowest Test total – 47, which seemed imminent at one stage when they slumped to 18/6.[…]