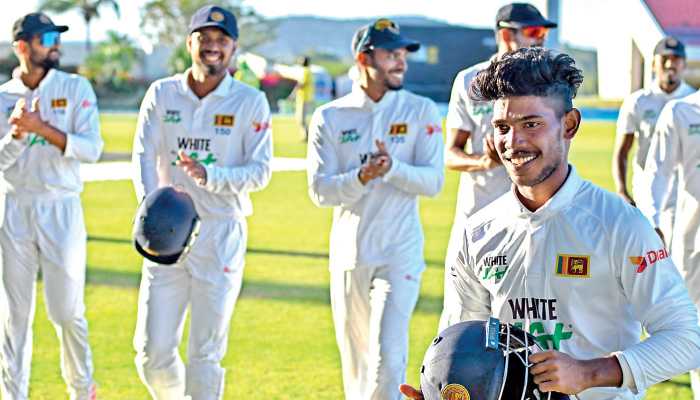 That Pathum Nissanka, the diminutive top order batsman, would one day break into the Test circuit was predicted by former Sri Lanka ‘A’ team Coach Avishka Gunawardene two years ago when he compiled a match-saving 217 off 274 balls to help Sri Lanka ‘A’ draw the second unofficial test against Ireland ‘A’ at the Mahinda Rajapaksa Stadium – Sooriyawewa and thereby win the two-match series 1-0.

Nissanka’s innings came at a crucial time for his team who were forced to follow-on 205 runs behind Ireland A’s first innings total of 508/8 declared and were trying to stave off a possible defeat having lost 4/139 in their second innings. Nissanka kept the Lankan ‘A’ innings afloat batting session after session and building up important partnerships to carry Sri Lanka ‘A’ safely to 468/7 and draw the ‘test’.

“He never looked like getting out,” was how Gunawardene described Nissanka’s epic knock.

“We always thought that he had talent and the one good thing about him is when he gets set and gets a good score he goes onto get a big one. That is something that is lacking in most of our batsmen today. He is only playing his maiden first-class season and to his credit he has already scored two double hundreds. At 21, that says a lot. I keep reminding him that it’s a good reputation to have. Unless you get him out early, he is going to get a big one.”