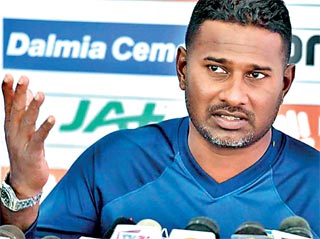 Following Sri Lanka’s exit from the quarter-final stage of the recently concluded U19 World Cup in the West Indies, head coach Avishka Gunawardene pointed out that the lack of playing cricket at a higher level than school cricket was not helping our young cricketers when it comes to the world stage.

“When it comes to the World Cup, that lack of experience in the middle shows. It’s not the ability but the exposure and experience of playing matches at a higher level that they need,” said Gunawardene after the team arrived from the Caribbean on Tuesday morning.