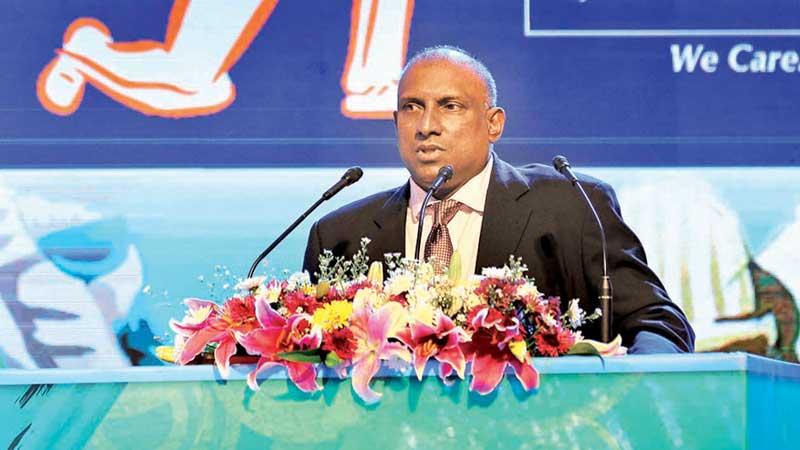 The most pertinent message Aravinda de Silva made as chief guest at the 41st Observer/Mobitel School Cricketer of the Year awards ceremony at the Colombo Hilton on Friday was the important role parents, teachers and cricket coaches have to play in producing future leaders in cricket.

“What I would like to advise the parents, teacher and coaches is to think of our future and make sure that we make this younger generation a confident lot of leaders by giving them the courage and strength to face the competitive world out there without any fear. To do that you have to let them learn through their mistakes and give them the opportunity they deserve if they deserve it,” said De Silva.

“Today I think our youth who are going to be the future of our team needs to be given one thing. All the accolades, trophies matter very much but the reality is we certainly have to provide them with self-confidence. From your childhood your parents, teachers, coaches and everyone has to focus on making that child a confident person. If he is to take on the world today that is what you require,” emphasised De Silva.

Citing an example of how self-confidence has helped him in his career De Silva explained: “Thirty years ago I was a very shy boy who couldn’t get on a stage and a soon as I saw a mike I would run away.

“And there were team mates of mine who would take three wickets and when we ask them to come and bowl the second spell they would say, ‘Aiyya don’t ask me to bowl again because if I take another two wickets I would become man of the match and would have to face the microphone. What we need is to develop these individuals to be leaders of this country and to do that the parents, coaches and teachers have a major role to play. My school principal when he was asked by my coach at 13 years of age whether he could allow me to play in the first eleven team he came to my father and asked, ‘the coach wants him to play in the first eleven and I feel he is too young, what are your thoughts?’

“My father said it was not up to him but the school and the coach to decide and if the coach felt that I was good enough to play he didn’t have a problem in exposing me to the realities and to the world.

“When I got the opportunity at 13 years I played in the first eleven team for six years and that really gave me the edge as a little child for I understood and learnt what was required at the highest level at a very young age. I was able to mature much faster than most of the other cricketers.”