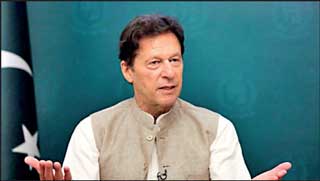 Reuters: Pakistan’s former cricket star and current Prime Minister Imran Khan offered consolation after Babar Azam’s high-flying side suffered an exit from the Twenty20 World Cup with a heart-breaking defeat to Australia in the semi-finals.

Former champions Pakistan went into the contest having won all five of their round-robin matches in the Super 12 stage but wicketkeeper-batter Matthew Wade belted three sixes in a row on Thursday to clinch a see-saw chase to send Australia into Sunday’s final.[…]