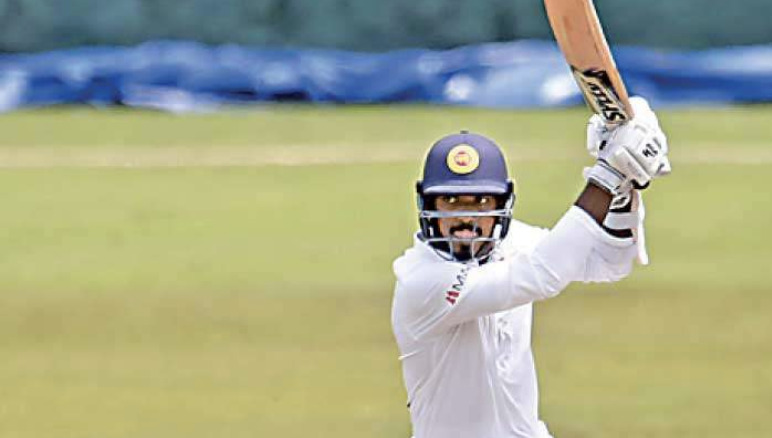 On another rain-hit day where only 47 overs were possible, Pakistan ‘A’ having dismissed Sri Lanka ‘A’ for 141, batted themselves into a strong position to be 70 for one by the close of the second day of the first four-day unofficial test played at the Pallekele International Cricket Stadium yesterday.

At the wickets were Pakistan ‘A’ skipper Saud Shakeel on 35 and Omair Yousuf on 26 having put together an unfinished second wicket stand of 45 after left-arm spinner Lasith Embuldeniya had made the initial breakthrough by having Abdullah Shafique caught by Sri Lanka ‘A’ captain Sadeera Samarawickrama for 9 in the eighth over of the innings.