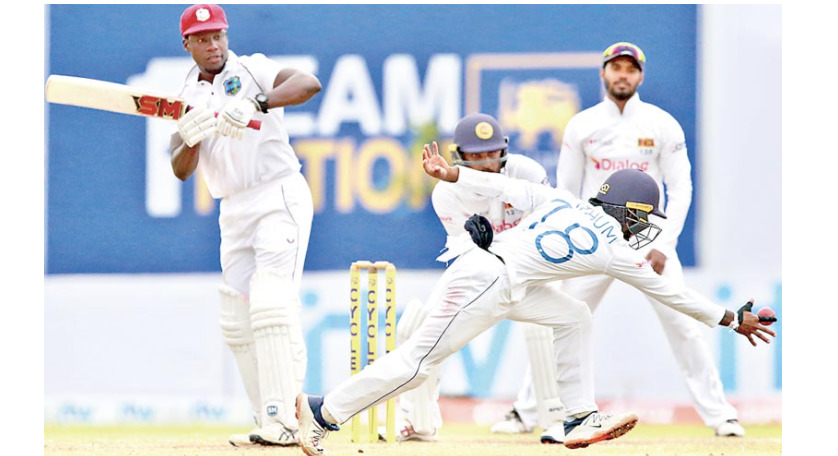 Having gone into the first Test against the West Indies in Galle with two fast bowlers at the expense of a batsman, Sri Lanka will be reviewing that combination before deciding on their final XI for the second Test starting at the same venue on Monday.

“We played two fast bowlers in this Test because if we had lost the toss, we would have required them,” said Karunaratne, assessing his team’s performance at the end of the first Test which they won by 187 runs.

“As it had rained a lot here, we had a doubt how much the ball would turn on the surface, that’s why we as batsmen took the responsibility that the six batters would put up a big total collectively. Now we have come to realise that even with the rains there is a little grip and turn on the wicket. The small doubt is if we have to bat second whether six batsmen will be sufficient. We will take a decision going forward whether to include an additional batsman for a fast bowler or replace a batsman with another.”[…]