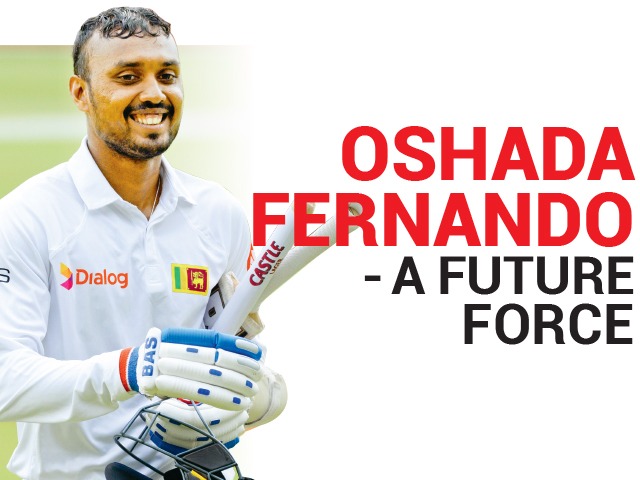 National team newcomer Oshada Fernando caught – indeed, mesmerized – the selectors’ eye with his sublime form in the Premier Tournament back in Sri Lanka. He was consistent as ever with 6 centuries and 4 half tons in 16 innings, scoring a total of 1,181 runs in 9 matches to become the highest scorer of the league: bettering the performance that first brought him recognition as the 2nd highest scorer last year. This feat helped him to finally earn a place in the national team now touring South Africa, and the youngster has vindicated the trust placed in him with flying colours.

Surprisingly, Oshada has never played for the Sri Lanka under-19 team or the ‘A’ team, and that’s something special and exceptional.