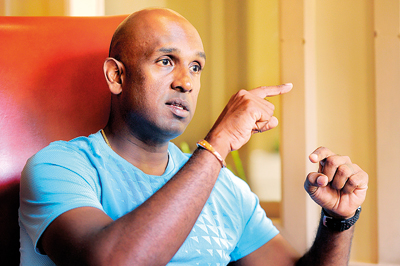 Mario Villavarayen, former Sri Lanka and Bangladesh national team’s strength and conditioning coach, calls for a formation a ‘national fitness policy’ as he believes the theory of ‘one size does not fit all’.

“During my stint as Strength and Conditioning coach, we had a bunch of Sri Lankan players who were between the age of 20 to 40, and we focused in getting the maximum performances from the players. We never sidelined them considering their fitness level,” said Villavarayen, who is a graduate of a three-year Sports Science degree from an Australian university.

“Sanath (Jayasuriya) was in his 40 or 41, (Tillekeratne) Dilshan, Mahela (Jayawardene), Kumar (Sangakkara) were in the range of 34-36 and Angelo Mathews, Lahiru Thirimanne, Dinesh Chandimal were in their 20s. So I didn’t treat everyone equally,” explained Vellavarayen, who was with the Sri Lanka national team from 2011 to 2014.