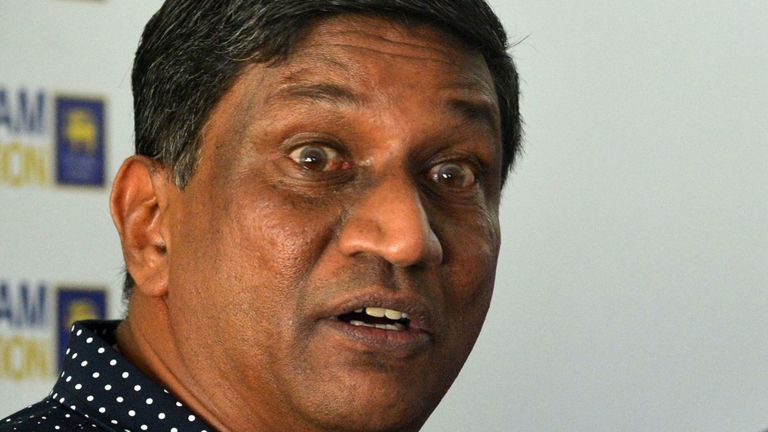 Sri Lanka’s 0-2 defeat at the hands of T20I world champs West Indies is not something to get too excited or worried about says chairman of selectors Ashantha de Mel.

“I am not saying I am 100 percent satisfied but there is an improvement. We have a lot to go forward but from where we were we have come up. The structure is coming and there are little areas that we have to fine tune, our bowling and all that,” said De Mel reflecting on the ODI and T20I series.

Sri Lanka whitewashed West Indies 3-0 in the ODIs and West Indies returned the compliment by sweeping the T20I series 2-0. “West Indies of course are a specialised T20 side they only have players for that kind of cricket. They are quite a strong side but not in Test matches and ODIs,” said De Mel.

“These guys have played over 500 matches if you take all our 11 players they have not played as many. In T20s they are specialists. They are going around the world playing franchise cricket. They are like the Harlem Globetrotters playing basketball, that’s all they do.

“They don’t play so many ODIs or Tests. They are specialists and they know exactly what to do. Our guys if you look at other than Kusal Perera and Angelo Mathews I don’t think they have played even 30 games,” explained De Mel.

Speaking further he said, “In the first game we bowled 47 dot balls but they got 196 runs which means in 70 balls they scored those runs because they hit a lot of fours and sixes. That is one area that we’ve got to look at. Our guys when they hit they get caught on the boundary because they don’t have the power.

“We’ll have to improve our technique that’s the only way we can do it. The West Indies are genetically stronger than us, we can’t get to their levels and their physiques we cannot have. We have to understand our limitations and improve our technique. To hit the ball there are certain techniques that you use those we have to improve. That’s what we are working on now. Work with the coaches and go forward I don’t think that we should panic.