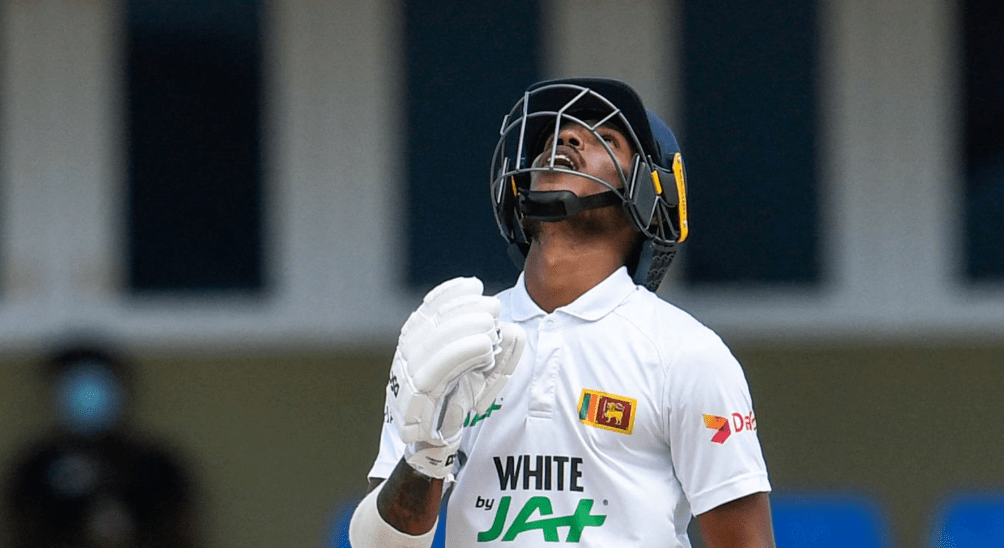 Pathum Nissanka scored a century on debut and Niroshan Dickwella fell four runs short of a maiden century Wednesday as Sri Lanka took control of the first cricket test against the West Indies on the fourth day.

Starting 102 runs behind on the first innings, Sri Lanka reached 476 in its second innings for a lead of 374.

Sri Lanka then made an important breakthrough in 20 overs before stumps, dismissing John Campbell (11) to leave the West Indies 34-1, still 340 runs behind. Captain Kraigg Brathwaite was 8 not out and Nkrumah Bonner 15.