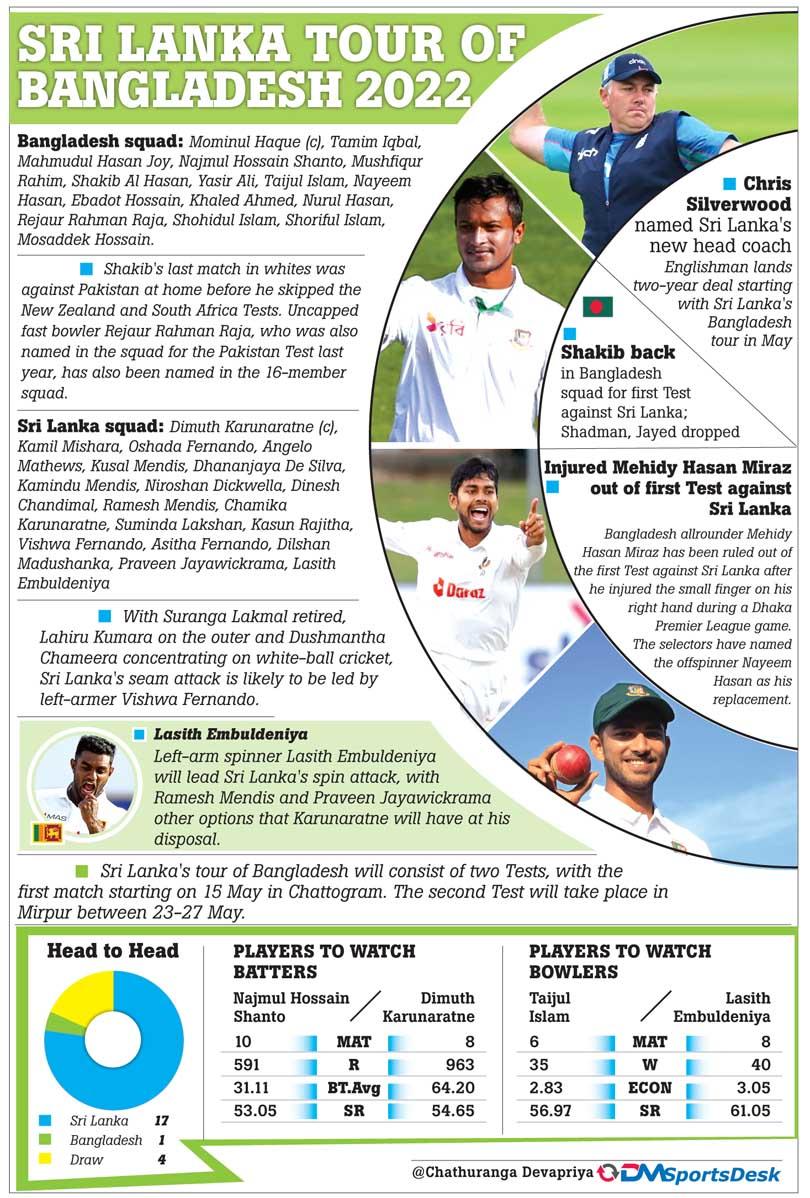 Neutral match officials have been assigned for the two Test matches between Bangladesh and Sri Lanka.

According to highly placed sources in the Bangladesh Cricket Board (BCB), two officials from England (one umpire and one match referee) and one umpire from West Indies will officiate in the two Test matches in Chattogram (May 15-19) and Mirpur (May 23-27).

“The ICC will be sending England’s Chris Broad as match referee (for both Tests) and for first Test Richard Illingworth (England) and for second Test Joel Wilson (West Indies) as umpires,” a source in Dhaka confirmed yesterday.

The ICC had recently said that more neutral match officials should be utilised as travel restrictions are lifted while building on the success of the use of home umpires.

And accordingly, Sharfuddoula Ibne Shahid will officiate in both the Tests as an on field umpire and Masudur Rahman Mukul and Gazi Sohel will be the reserve umpires.

The duty of the third umpire will be shared between Joel Wilson (first Test) and Richard Kettleborough (second Test).

The home team will also have the knowledge of a Sri Lankan expert. The 44-year-old off-spinner Rangana Herath has again been hired by the BCB.

Besides Herath, Sri Lanka’s ex-fielding coach Shane McDermott will now sit in the opposite camp. He is the fielding coach for the Bangladesh team.