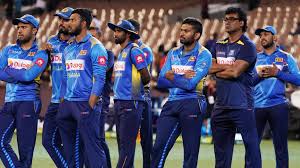 Sri Lankan cricket is in a full blown crisis. Just weeks after Sri Lanka acquired a false sense of satisfaction after beating and equally vulnerable Pakistan outfit in a three-match T20 series, there was belief back at home that our cricket is finally back on track.

Experts were quick to credit the ‘bold’ decisions taken by the national selectors to leave out some of the seniors and infuse young blood into the team. But it took just three matches to call to question the wisdom of selectors in forsaking experienced campaigners for the Australian series.

Excuses for the 3-0 whitewash the team suffered at the hands of Australians will be trotted out. But the situation is too dire for that.

Australia is a tough place to tour in. They prepared faster and bouncier wickets in the hope of obliterating Sri Lanka’s jittery batsman by exploiting their weakness against seam and bounce. And the Sri Lankans succumbed. They had scores of 99 for 9, 117 and 142 for 6 in the series. It is a clear indication that the batters, who were shuffled around like a pack of cards by team management, lacked the skills and aptitude to adjust to different conditions.