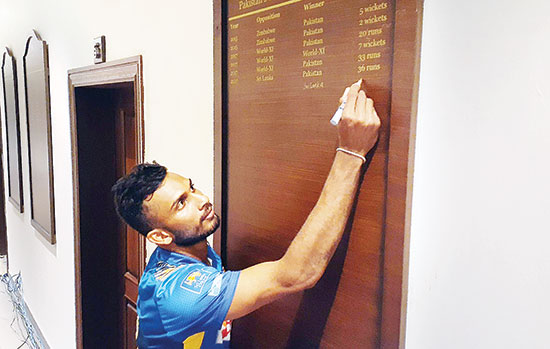 Less than a month after Parliamentary watchdog committee – COPE (Committee on Public Enterprises) severely censured officials of Sri Lanka Cricket for inefficiency and lack of transparency, the sport’s governing body has been exposed once again after the captain they named for the upcoming series in the Caribbean has been left stranded in Colombo unable to get a visa to fly to West Indies.

Dasun Shanaka was named as the captain for the three match series in the Caribbean and there was indication that he might hold onto the job at least till this year’s World Cup in India.