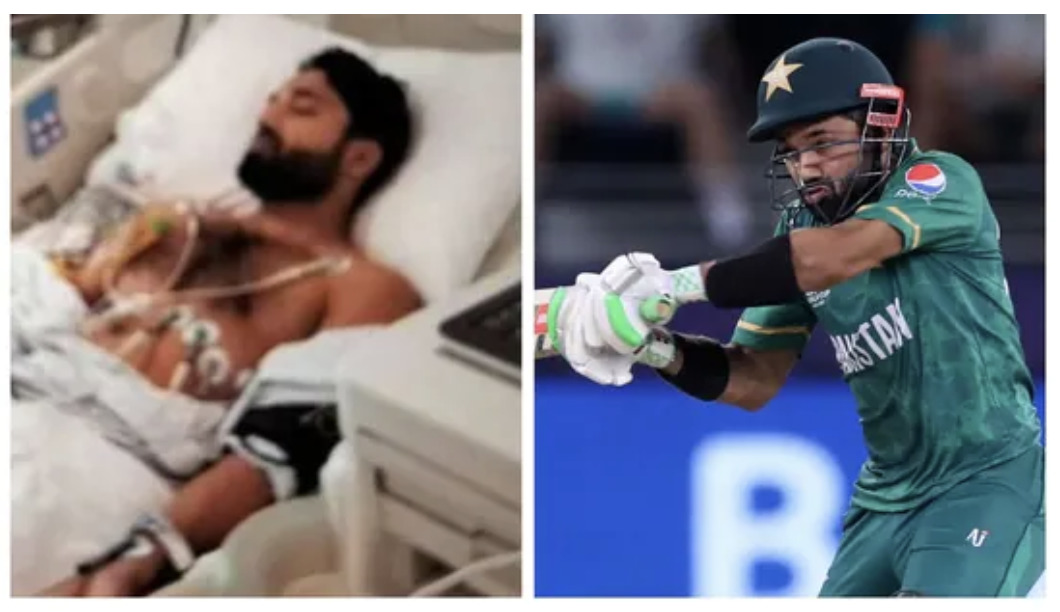 The Pakistan team management confirmed that Mohammad Rizwan had spent two nights in the ICU of a hospital before the T20 World Cup semi-final against Australia, which Pakistan lost by 5 wickets.

What was being speculated as ‘mild flu’ was confirmed as ‘severe chest infection’ as photos of Pakistan wicketkeeper-batter Mohammad Rizwan on an ICU bed inside a hospital emerged after the T20 World Cup 2021 second semi-final. The Pakistan team management confirmed that Rizwan had spent two nights in the Intensive Care Unit of a hospital before the semi-final against Australia. Pakistan lost the match by five wickets as Australia keeper Matthew Wade hit a hat-trick of sixes off Shaheen Shah Afridi in the 19th over to take Australia to the final in a dramatic fashion. They will now face New Zealand on Sunday.

Rizwan’s fighting spirit however continued to be one of the main topic of discussions. Despite being ill, Rizwan battled hard and top-scored with a superb 67 off 52 balls while opening the batting for Pakistan. It was Rizwan’s innings that had four sixes and three fours that allowed Pakistan to post 176 for 4, batting first.

There were questions marks over Rizwan’s availability on Thursday’s encounter against Australia in Dubai after reports stated that he had to miss the training sessions due to a mild flu.

But it was former Australia opener and current Pakistan batting consultant Matthew Hayden who first confirmed Rizwan had actually got a chest infection.

“This is a warrior,” Hayden said after semi-final while talking to Star Sports. “He‘s been brilliant through the campaign. He battled through a severe chest condition and he has great courage.”

“Mohammad Rizwan developed a severe chest infection on November 9th after which he was admitted to the hospital. He spent two nights in the ICU recovering,” Somroo said in the press conference.

“He made an incredible recovery and was deemed fit before the match. We can see his great determination and tenacity that shows his spirit of performing for the country. And we can see how he performed today.

“Can you imagine this guy played for his country today & gave his best. He was in the hospital last two days. Massive respect Mohammad Rizwan. Hero,” Akhtar tweeted with Rizwan’s photograph.