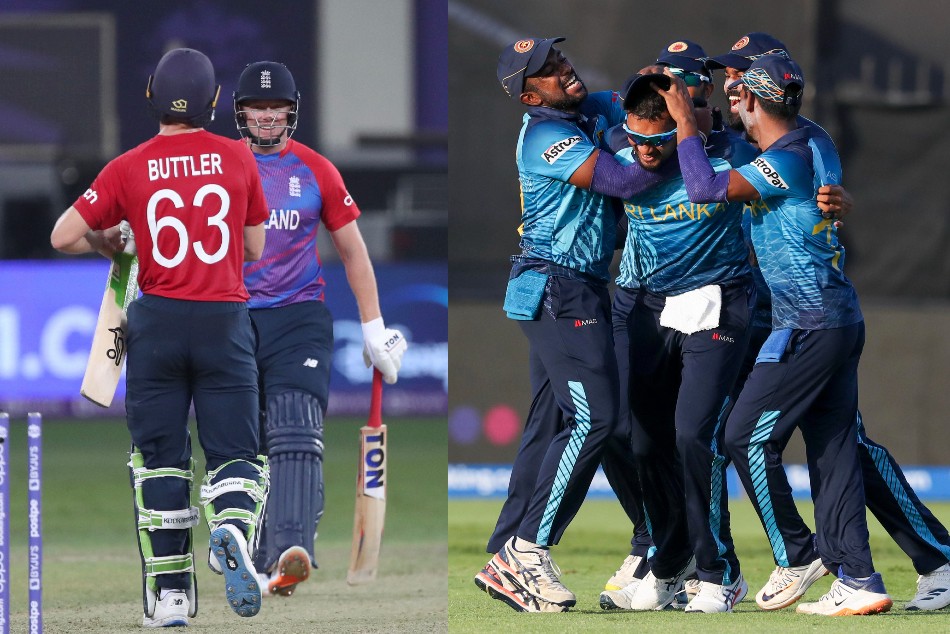 Saturday’s nail-biting defeat at the hands of South Africa has placed Sri Lanka in a must-win situation against unbeaten England in their fourth Super 12 game to be played here at the Sharjah Cricket ground this evening.
The big-hitting South Africans muscled their way to victory, bringing the Sri Lankans to their knees in the final over despite leg-spinner Wanindu Hasaranga claiming a decisive hat-trick that briefly put South Africa under pressure going into the final two overs.

With 25 needed off 12 balls, the results could’ve gone either way but the execution of Sri Lanka’s set plans proved poor, with David Miller and Kagiso Rabada taking South Africa home with a ball to spare.

The final over was bowled by Lahiru Kumara. He had conceded only 17 runs off his three overs, but gave away as many as 18 runs off five balls to end the match on a disappointing note.

“We backed him to bowl the final over as he had done well before,” said Pathum Nissanka, who scored a career-best 72 to lead Sri Lanka’s run accumulation. “We gave him all the support required but there were few errors and the game slipped away from us. We’re disappointed but, at the same time, we know we gave a good fight till the end.”

Nissanka, the first Sri Lankan to make a hundred on debut overseas across formats (103 against West Indies in Antigua in March 2021), is the tournament’s highest run-getter, scoring 169 off six innings, including two half-centuries, and has remained calm and composed to anchor the innings together.

The defeat hit the Sri Lankans badly as they are now in a must-win situation in their remaining two games against England and the West Indies. They must also hope the results of other matches in the group go their way.
Their best-case scenario would be if both Australia and South Africa lose their two remaining matches. If this happens, England, with 8 points, will top the group, followed by Sri Lanka with 6 points, while Australia and South Africa will be stranded with 4 points each.

There is also a possibility of five teams being on four points each if England finish on 10, with the second place being decided on net run rate.

When Sri Lanka entered the main draw having won all three qualifying round games, expectations were high as they had performed creditably, particularly in bowling and fielding.

“We did quite well,” Nissanka said, in a media interaction with Sri Lankan reporters. “We hope to finish well. We want to win the next two games and try and see whether we can reach the semis.” But apart from the first game, where the batters chased a record 171 to beat Bangladesh, Sri Lanka’s performances, particularly on the batting front, have raised a few eye-brows, with their middle-order failing to hit form.

“It was tough for a new batsman to get set on that wicket,” the 23-year-old from Kalutara explained. “I wanted to bat deep. We initially planned to get 160 plus on that wicket, but we knew it was difficult and reversed it to 140-145, which we managed to get. Even for the South African batsmen, it was not an easy chase.” He added that it was one of the best innings he’d played so far.

The defeat was heartbreaking for the islanders as they were in control of the match going into the final overs. According to team sources, misfiring batters Kusal Janith Perera and Avishka Fernando will be retained in the side, as no changes will be made to the playing XI against England.

England easily defeated the West Indies, Bangladesh, and Australia in Group 1 and will look to advance to the semi-finals with a win over Sri Lanka.

England skipper Eoin Morgan, who led the country to their first World Cup title two years ago in their own backyard, said that they have options and that they would look to adapt in their remaining two games scheduled to be played in Sharjah.

“I actually don’t think that you just have to have good spinners to do well at Sharjah,” Morgan said. “I think you need to have good seamers, as well. During the IPL, we sort of did both. We had two really good spinners, but we also had some good quicks in amongst it, and the wickets that we did play on had variable bounce that actually favoured the seamers a little bit more. Within our England squad, we do have options that we will look to use in trying to adapt both against Sri Lanka and South Africa.”