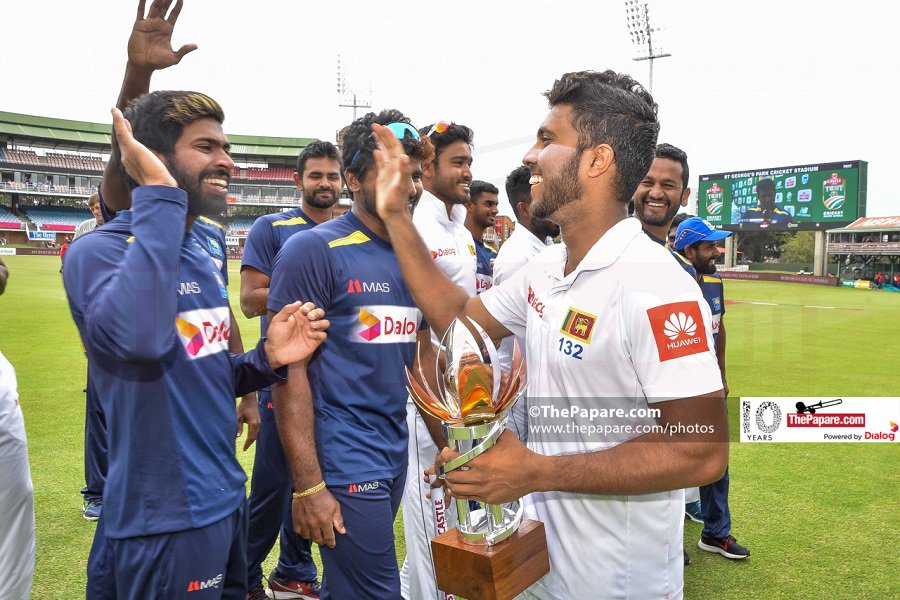 There are few coaches who can match the international experience of Steve Rixon – Sri Lanka’s Fielding Coach. The former Australian wicketkeeper with a tough, no-nonsense approach, has had several international stints. He was the Head Coach of New Zealand and later functioned as Assistant Coach of Australia before taking over as the Fielding Coach of Pakistan. Under Rixon, Pakistan’s fielding standards improved immensely and he was hired by Sri Lanka Cricket to address the team’s fielding woes.

In 2014, Rixon was tipped to take over as Sri Lanka’s Head Coach but negotiations fell off half-way. In an interview with ThePapare, Rixon outlined Sri Lanka’s strategy on day three of the second Test where they needed 137 runs to win. He also talks about the efforts of Kusal Mendis and Oshada Fernando and the stunning 153 of Kusal Perera in Durban and lots more.

Here are the excerpts.

* Finally, you guys have proven that you can actually win in South Africa without sandpaper.

Steve Rixon: Very funny. All I can say is that coming out on the three tours, how we were going to make the adjustments as we go along was important. In New Zealand and Australia, I didn’t see a lot of adjustments but from Australia to South Africa, I have seen a change in mental attitude and the way we have gone about our training, which has got smarter. Players feel happier about themselves. Obviously, winning that Test match in Durban was a once in a lifetime experience. It was a case of someone playing out of their skin. That added belief to the young kids who are coming along. Now as a coaching unit, you can actually formulate that into part of the culture moving forward. It was a stunning win in Port Elizabeth in the second Test. It was so comprehensive. It was exciting to win the first one. I don’t think a lot of people expected the series win, but unfortunately for them, the boys have proved them wrong. Very pleased for them..