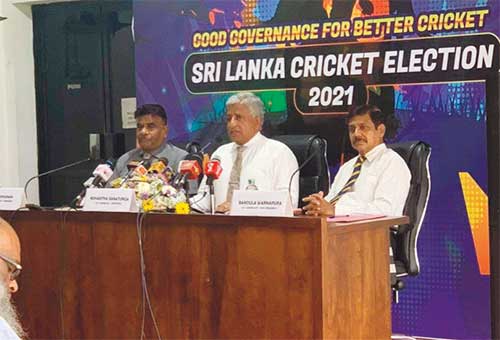 Former officials K. Mathivanan and Nishantha Ranatunga and former Test cricketer Bandula Warnapura who are contesting for president, secretary and vice president posts respectively of Sri Lanka Cricket have raised objections against a majority of candidates fielded by the current administration for the elections to be held on May 20.

While stressing on their ‘strategic plan’ to take Sri Lanka Cricket to greater heights in world cricket, Nishantha Ranatunga said that they had filed objections against the nominations of many including incumbent president Shammi Silva.