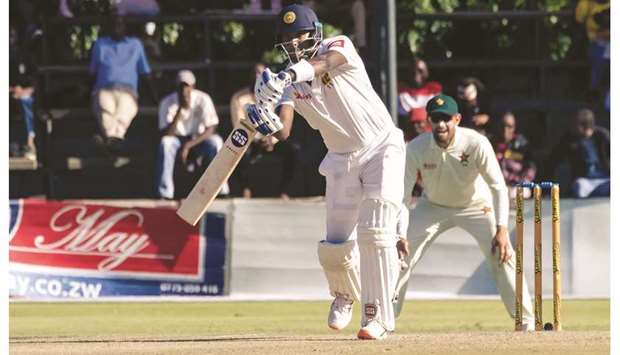 Angelo Mathews and Kusal Mendis both struck measured half-centuries as Sri Lanka reached 295 for four at close of play on a stodgy third day of the first Test against Zimbabwe in Harare yesterday.

Mendis battled his way to 80 while former skipper Mathews was far from fluent in reaching 92 not out from 253 balls as Sri Lanka closed 63 runs in arrears on the first innings with six wickets in hand.

With two days remaining, the visitors appear to hold the upper hand although the pitch looks likely to have the final say.