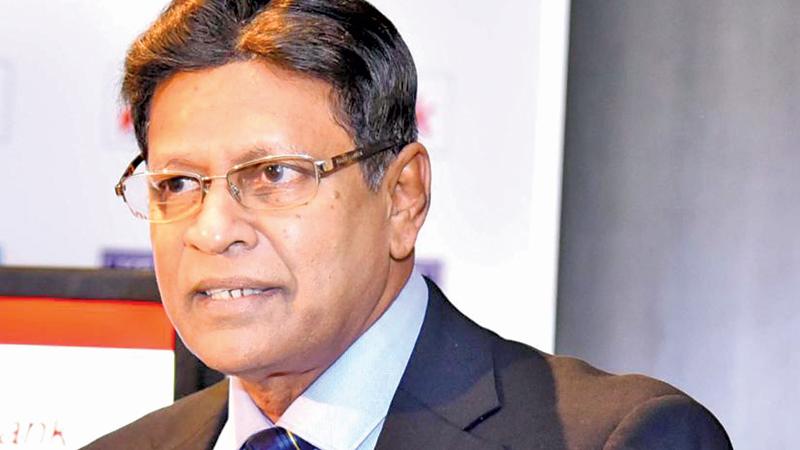 A media launch of the Sri Lanka versus West Indies series on Wednesday almost turned into a fireworks display between a loud-mouth non-cricket covering reporter from the Sinhala media and the secretary of Sri Lanka Cricket Mohan de Silva over claims of match-fixing.

Event presenter Roshan Abeysinghe speaking in English advised journalists at the start of the proceedings to confine their questions to the impending series meaning what was only relevant to the occasion.

But the Sinhala reporter stood up and accused officials of covering up Match-Fixing (corruption) to which Abeysinghe in consultation with Sri Lanka Cricket media manager Prasanna Rodrigo requested him to drop what was supposed to be a forbidden question.

The reporter however insisted that his question be answered that prompted an agitated De Silva to grab the mike and pitch into him.

“Just because there is an allegation it does not mean a person is guilty. How many times have there been allegations like this and nothing has been proved. Two audit reports have been submitted and is there any connection.

“We are facing COPE (public probe) and you will get to know more about it.

“The ICC is currently probing match fixing. There were ministers who have said that the country’s name has been tarnished. The ICC will deliver its verdict very soon,” de Silva said. The reporter then calmed down after apologizing…