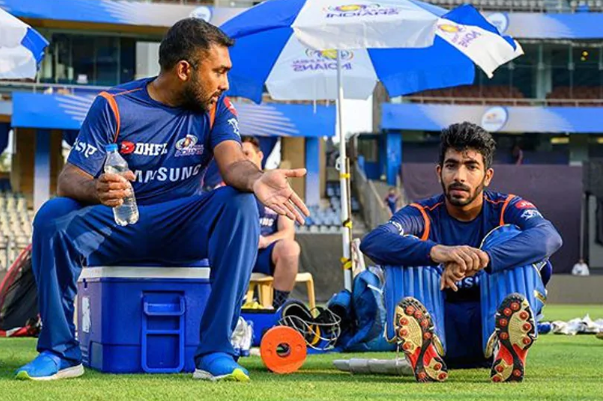 Pollard was motivating Brevis for his batting display when Bumrah said, “When I was young, I don’t remember words of encouragement coming from the non-striker’s end.” Head coach Mahela Jayawardena also joined the fun and chipped in with, “Mali (Lasith Malinga) was there. You didn’t understand it.” The Sri Lankan’s jibe was enough to make everyone burst into laughter.

During his 12-year stint at Mumbai Indians, Malinga was part of the team’s four of the five IPL title triumphs. He also formed a lethal partnership with Bumrah, who entered the international arena through impressive performances in the T20 league.