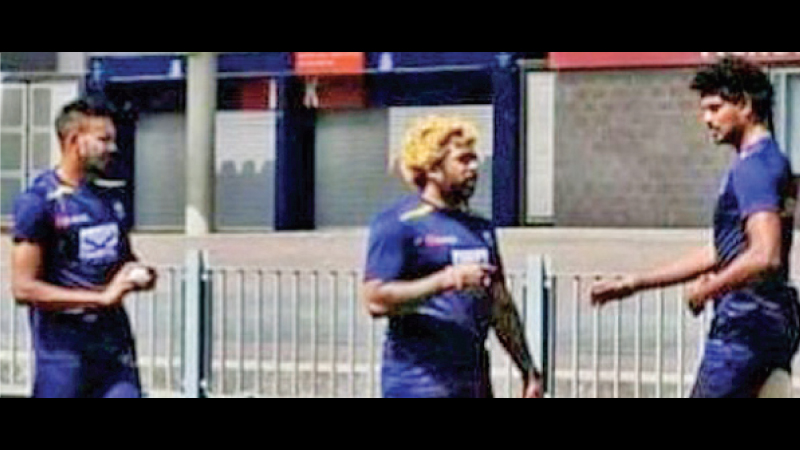 “I have done my best for Sri Lanka bowlers during a short period of 15 days and no miracles can be expected. What I did was teach them the simple way of realising bowlers’ duty at the match,” said former Sri Lankan paceman Lasith Malinga who was appointed bowling strategy coach for the recently concluded Australian T-20 series.

Malinga further said the bowler has to realize how he can bowl during the T-20 match. We can divide the T20 game into three stages such as the first six overs (power play), 7-15 overs, and final four overs and I tried to explain the bowler’s role in these three different stages. The bowler can bowl only three types of balls during the game and it never changes game to game or the period to period and apply for any game and this is a very simple way to understand said Malinga. The first type is “good line and length ball” and the second one is “stop ball” which means the bowler uses his ball to stop many runs such as boundaries and sixes according to the situation of the game. The third one is “wicket-taking ball” which is the focus in getting a wicket and I was tried to explain how to bowl these types of balls according to the match situation. These are simple basics for bowlers but we have to give correct guidance to use them at right time and my effort was successful with Australian batters couldn’t pass the 165 run mark in any match of the five-match series said Malinga during the TV discussion before the Indian T-20 match.

Malinga further added the bowlers have to bowl at two types of batters right-handers and left-handers and the bowler has to realize how he can bowl and he has to practice the way during the training. The bowler couldn’t change his strength from one country to another they should practice hard on how to get the wicket of a right-hander or the left-hander. Especially, during the T-20 games, the bowler has to realise his role and choose the right bowling method to bowl and the wicket-taking option is very important. In addition, the bowler always tried to bowl according to the field setting. Malinga also said the importance of the “Yorker ball” and “Wide Yorker ball” to put more pressure on the batter, especially in the death overs. There is a risk about this type of ball sometimes over pitching or the full toss ball can be delivered at this time and Lahiru Kumara had to face this situation which saw him being punished badly at the T-20 World Cup as well as Indian T-20 series. However, at this stage, the coach should read the game well and give his support to the bowler. Malinga had a chance to give tips to the bowler during the Australian series. The bowler has skills but he has to realize how to control the game by pitching the ball at the right place, said Malinga.