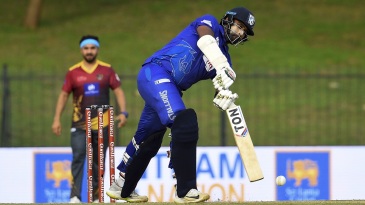 Army SC will meet Tamil Union in the first semi final of the Major Clubs limited over cricket tournament today Sunday (28) at the Surrey Village ground while on the same day Ragama CC will play their semi final against NCC at Army ground Dambagoda.Army SC and NCC were placed first and second from Group ‘A’ with 22 and 19 points respectively to qualify for the semi finals while in Group ‘B’ Ragama CC and Tamil Union had obtained 18 points each but Ragama CC having the highest net run rate of 1.156 finished first and Tamil Union with a 0.060 net run rate was placed second to enter semi final.
0
SHARES
ShareTweet