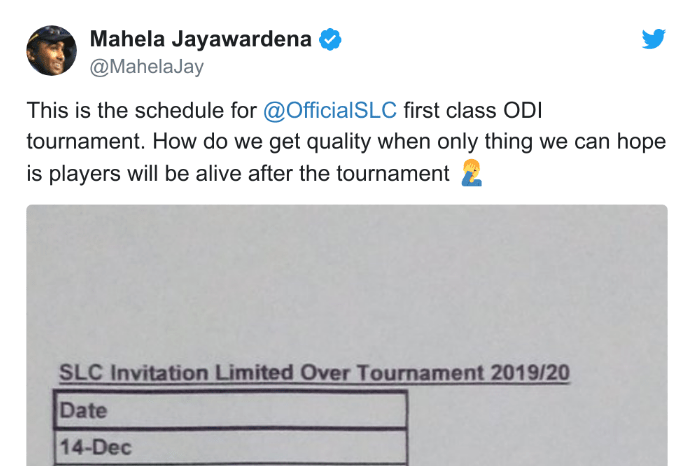 Former Sri Lanka skipper Mahela Jayawardena launched a scathing attack on Sri Lanka Cricket (SLC) after they announced a jam-packed schedule for the domestic ODI tournament – SLC Invitation limited over tournament which kicked off on Saturday.

Twenty-five teams in four groups will battle it out in 66 first round matches within ten days to decide the eight quarter finalists.

The quarter-finals will be played on December 8 followed by the semi-finals and finals on December 29 and 31 respectively.