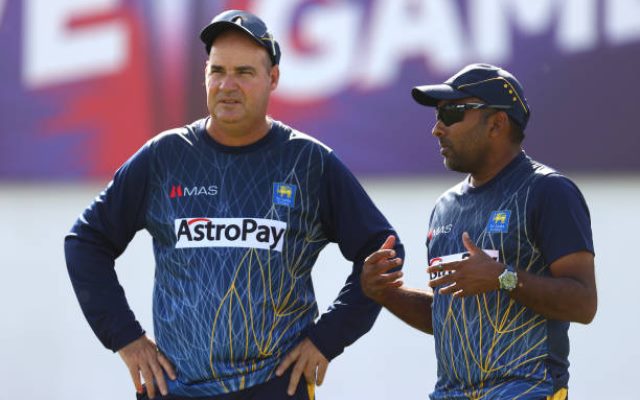 Sri Lanka Cricket (SLC) board has empowered former captain Mahela Jayawardene, who is a member of the National Sports Council to suggest the new coach for the national team, it is learnt.

The discussion on Mickey Arthur’s fate was discussed by some members in the Ex-co meeting, which was held at the SLC on Tuesday.

It is also learnt that the services of head coach Mickey Arthur and few other coaching staff will be discontinued after the home series against the visiting West Indies team.

Roshan Mahanama, who was one of the choices of the Aravinda de Silva-led cricket advisory committee is no more a front-runner.

Muthiah Muralitharan had expressed very high opinion about him but because of lack of coaching experience Mahanama may not be at the helm, it is understood.

Few of the Ex-co members are persuading Mahela to take up the head coach post but because of Mahela’s other commitments, Sri Lankan coaches will also be considered along with the few overseas coaches.