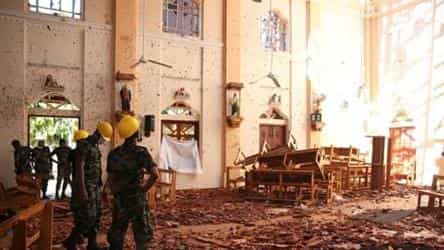 On this day last year, ICC Anti-Corruption council officer Steve Richardson chose to eat breakfast in the executive lounge on the ninth floor of Cinnamon Grand instead of heading down to restaurant, a decision that saved him from the Easter Bombings.

Richardson, who was in the country along with his colleagues to investigate corruption charges against Sri Lanka Cricket (SLC), was staying on the ninth floor of the hotel in Colombo, one of the six locations where bombs went off in a series of blasts, killing and injuring hundreds of people across the country.