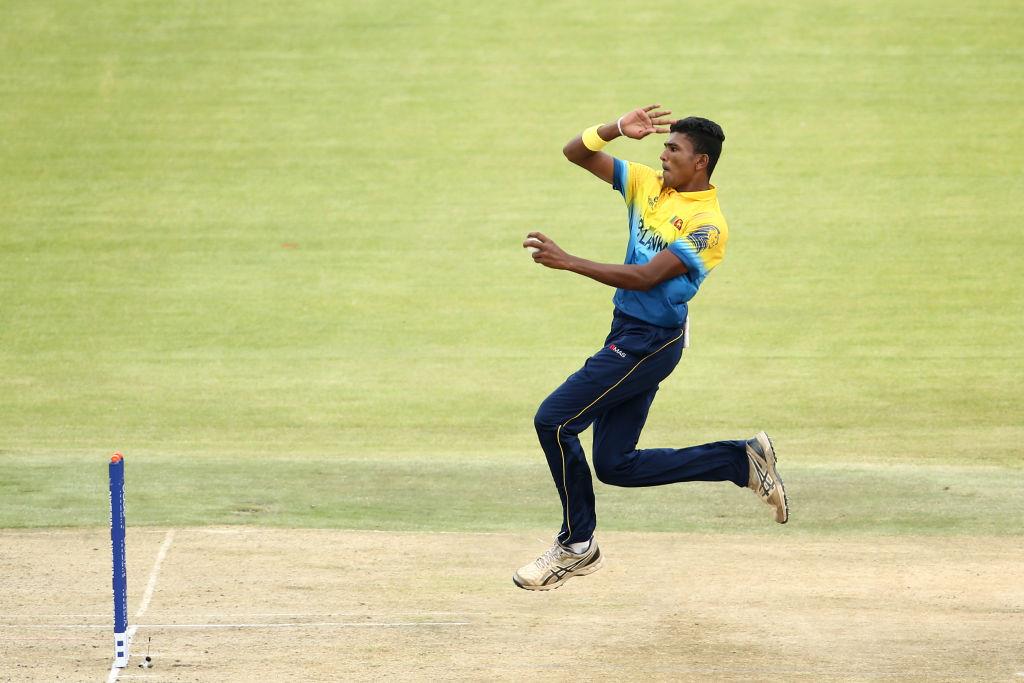 Left-arm quick Dilshan Madushanka has suddenly become the talk in cricket circles after he was drafted into the Sri Lankan squad that will tour South Africa later this year for the Boxing Day and New Year Tests.

The 22 players who will go on the tour will begin a week-long residential training camp in Pallekele later this week and all eyes will be on Madushanka.

The 20-year-old hails from the fishing village of Hungama in the Hambantota district. His father is a fisherman and his talent was spotted by former fast bowling great Chaminda Vaas.

A couple of years ago, Madushanka had turned up as a net bowler in Hambantota as Sri Lanka were training and Vaas referred him to former Test captain Hashan Tillakaratne, who was the Head Coach of the Under-19 side.

Soon, the youngster was drafted into Sri Lanka Under-19 team and played this year’s ICC Youth World Cup.