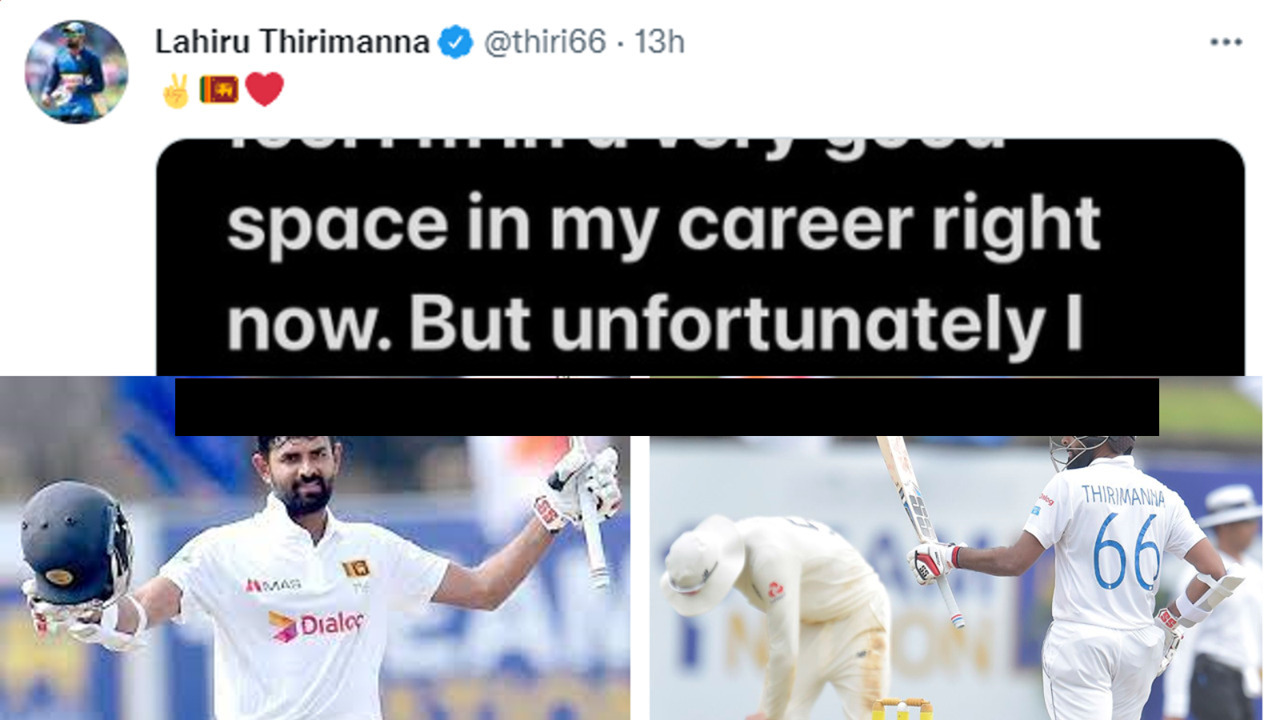 Sri Lanka left-handed batsmanThirmanne stated that, however, he will be missing the upcoming West Indies tour due to family commitments.

“Seen some articles that I’m retiring from Sri Lanka cricket and wanted to clarify that I have no intentions of retiring as I feel I’m in a very good space in my career right now,” he said via Twitter.

Stating that unfortunately, he will be missing the West Indies test series, Thirimanne revealed that this was due to the fact that he will be welcoming a newborn during this period.

“But I will be back in Sri Lanka colors asap. Thanks to the well-wishers. See you soon guys.” he added. (NewsWire)