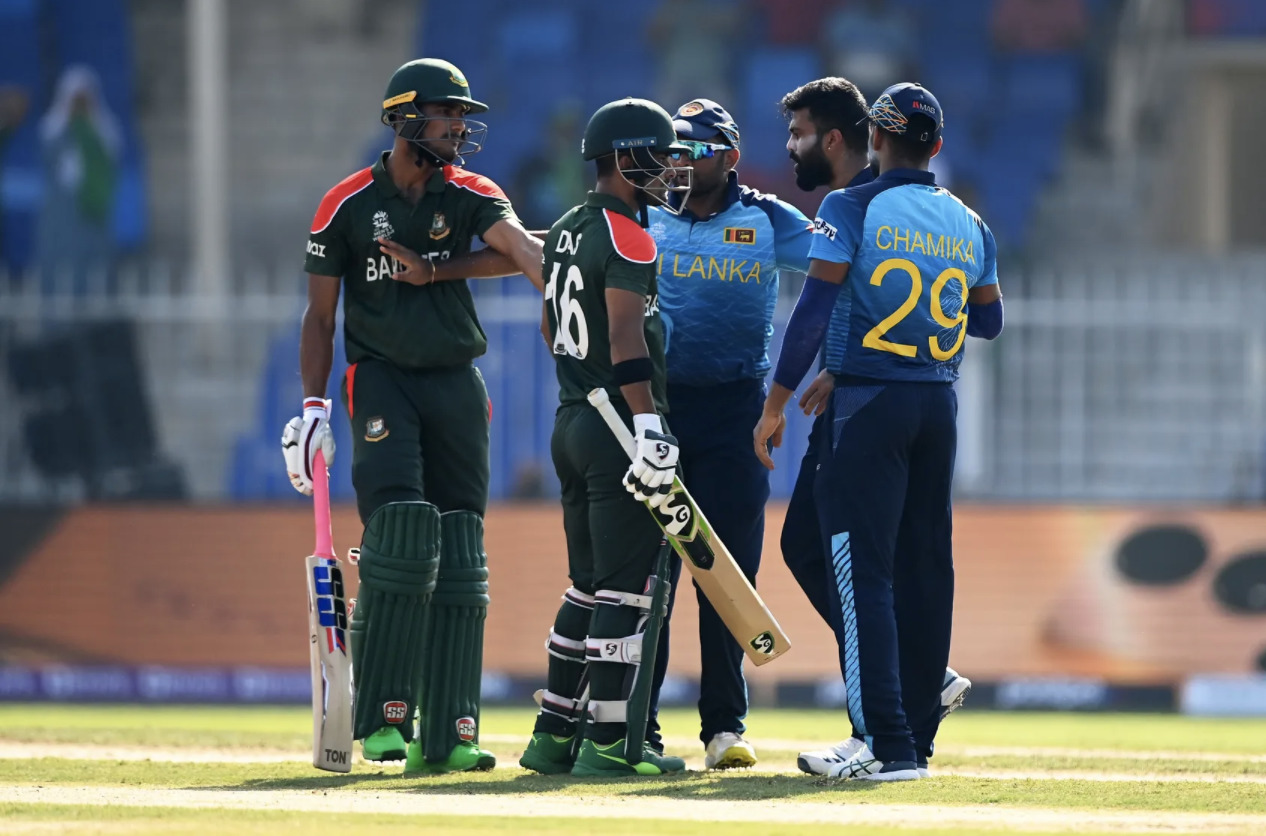 Sri Lankan fast bowler Lahiru Kumara and Bangladesh batsman Liton Das have been fined following their altercation on Sunday (October 24) in the T20 World Cup Super 12 encounter. While Kumara has been fined 25% of his match fee for breaching level 1 of the ICC code of conduct, Das was handed a 15% fine.

The incident occurred during the fifth over of the contest when Kumara managed to dismiss Das and engaged in a war of words while walking up to the batter. The pacer’s actions evoked an aggressive reaction from the batter as well and as a result, teammates and officials had to step in between the pair.

Both players received one demerit point as well in addition to the fines. They pleaded guilty to the offences and accepted the sanctions.