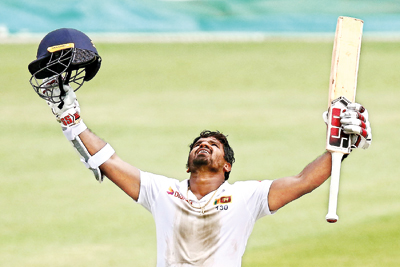 If dashing opener Kusal Janith Perera (KJP) was born in to the Red Indian clan, his name would probably be ‘Spirited Fighter’. To confer KJP with that nickname or ‘title’ there are reasons beyond just one.

If KJP had opted to bow down to the ban imposed by the International Cricket Council (ICC) in December 2015, Sri Lanka’s wouldn’t have pulled off that dramatic Test win against South Africa in Durban few months ago, and beyond that he wouldn’t be travelling to England for the ICC Cricket World Cup 2019.