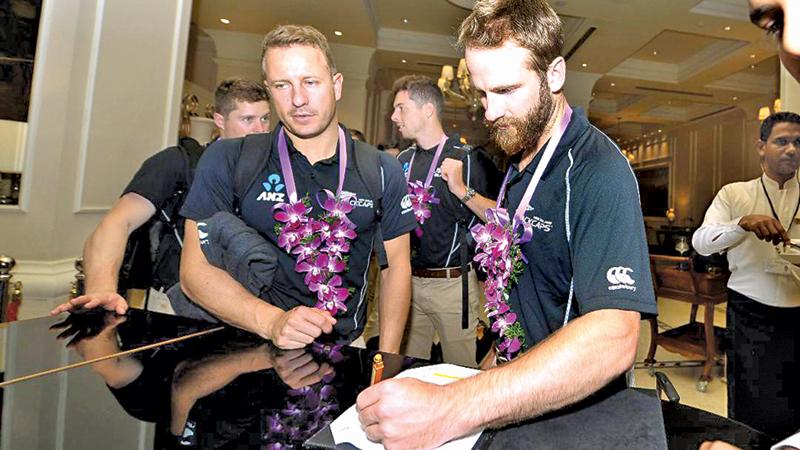 New Zealand’s cricketers arrived in Colombo yesterday as Sri Lanka Cricket re-organised their tour itinerary withdrawing two T20 matches from the original venue at the Premadasa Stadium and having all three T20s played now at Pallekele in Kandy.Originally Pallekele was to host only the third and last T20 match on September 6 with the first two matches at the Premadasa Stadium on August 31and September 2.