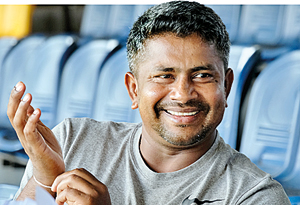 Left-arm spin wizard Rangana Herath has an advice for Sri Lankan spinners as they head into the Super 12 in the ICC Men’s T20 World Cup on Sunday against Bangladesh.

“When you start doing well, you will be closely analysed by your opponents,” Herath, who is Bangladesh’s spin bowling consultant till the end of the World Cup said.

“This is when you need to be street smart and up your skills.”

Herath was recently given an Honorary Life Membership of the prestigious Marylebone Cricket Club (MCC).

Having spent most of his career in the shadow of Muttiah Muralidaran, the highest Test wicket-taker, Herath grabbed opportunity with both hands when it arrived and became the best left-arm spinner the world has ever produced.