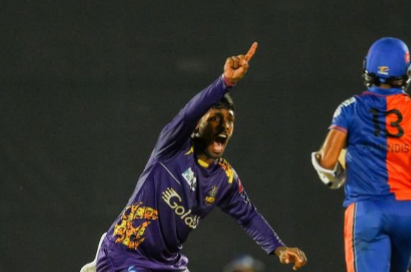 Jaffna in reply to their hosts 503, had starts, but the three batters having crossed the half-century mark, failed to convert into big scores. Janith Liyanage, after a forgetful maiden international appearance, was the top scorer for his team hitting an excellent 85. Neither he, including the next best 73 from Saminda Fernando, nor the two other batters, also hitting 50’s, took them anywhere closer to Kandy’s first essay’s commanding total.