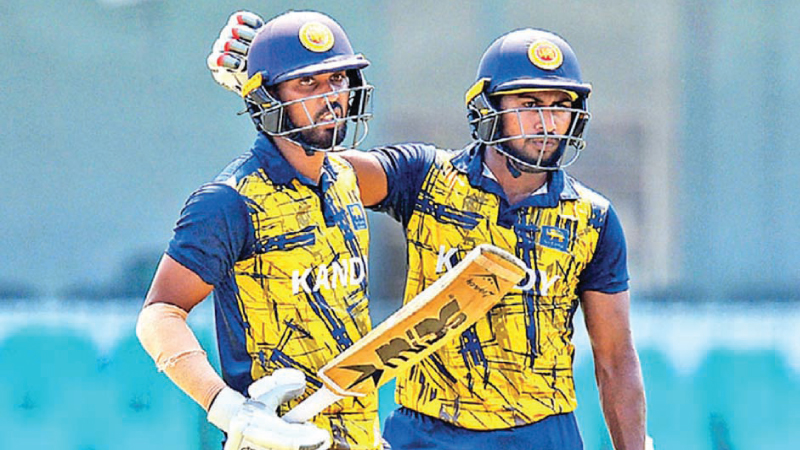 Skipper Kamindu Mendis (108) and Oshada Fernando (127) struck fine centuries as Kandy scored a formidable total of 447 for 8 wickets while the second day’s play was once again interrupted by rain to limit only two sessions yesterday in their National Super League 4-day semi-final cricket fixture against Galle played at Pallekele International Cricket Stadium yesterday.

Mendis was in superb form with his fourth consecutive century in this series scoring 108 in 150 balls with 9 fours and a six, he also made a superb 200-run third-wicket stand with Oshada Fernando who scored a fine knock of 127 in 238 balls with 10 fours and 2 sixes. This was also Oshada’s third century of the tournament while he missed another ton scoring 97 against Dambulla in their previous game.