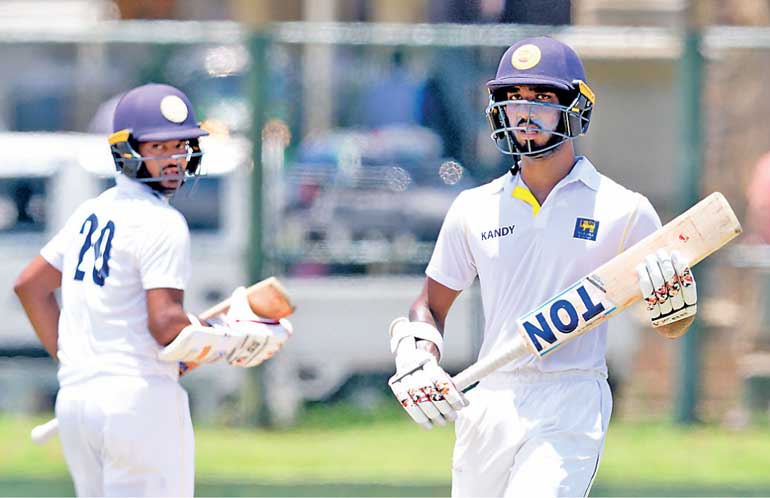 Skipper Kamindu Mendis (56) and Oshada Fernando (91) made an unbroken 154-run third-wicket stand as Kandy scored 288 for 2 wickets to finish in a commanding position on the first day’s play against Jaffna in the National Super League 4-day cricket final game played at the Galle International Cricket Stadium yesterday.

Kandy chose to bat first with their strong batting lineup and their top-order batters were in good form as they notched up a huge total in this final. The openers Kamil Mishara and Kasun Vidura built a solid platform adding a 123-run stand, then Kamindu and Oshada were able to maintain the momentum with a superb batting display to build up the innings. However, the game was halted with six overs to spare for the day due to bad light.