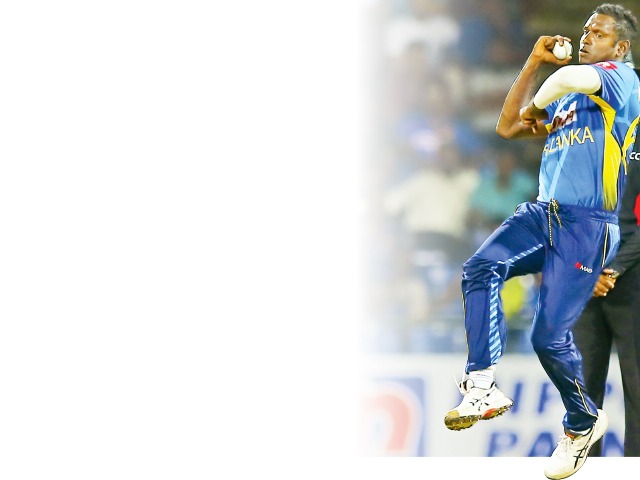 The new approach of Sri Lanka’s limited over team with improved level of fitness, commitment and fielding, was the buzz throughout the series, where several players looked fitter and quick on the field.

But the change in Angelo Mathews was the real talking point, where he displayed his new found fitness level match by match, contributed in the field and with the ball, and capped it all in the last match where he delivered a thrilling win by bowling his full quota of ten overs after almost five years.

Mathews’ fitness and weight had been highlighted in the recent past, which saw him being dropped from the limited over set up in 2018 citing poor fitness and running between the wickets, but his recent turnaround has made a mockery of those remarks once again.

“I just wanted to improve as a player day in and day out. The injuries which I suffered, especially over the last few years, changed me as a person. Just one day I thought I should change everything – from my diet to my training – to give myself a chance to perform; give myself a chance to compete. I thought I had to work on several things and number one was to cut down my weight. After that I knew that I will be able to move around quickly and also give my 100% in the field and also bowling,” said Mathews.

Mathews said other than his commitment no outside factor or remarks motivated him to go through this change.

“Things do happen on and off the field, and that doesn’t really change me. Especially after injuries I thought I had to change going forward if I’m to compete. I’m really glad I made that decision,” said Mathews.

It was in July 2015 Mathews last bowled his full quota of ten overs – also at the same venue, Pallekele – against Pakistan, where he conceded just 36 runs. His medium pace cutters have always been difficult for batsmen to pick, but injuries forced him to play just as a batsmen for years.

“I am very happy that I could bowl all my 10 overs. I have worked very hard during the last five to six months with my trainer. I cut down a lot of my weight. Thereafter I started bowling.”

Mathews was unhappy about his performance with the bat where his highest score was 12 in the three ODIs, and said to be honest he wasn’t happy about the series because he played mainly in the team as a batsman.

Mathews also reckoned that Wanindu Hasaranga’s heroics with the bat in the first game changed the momentum and gave confidence to the rest of the players going forward in the series, which he reckoned was the turning point.

Continuous chopping and changing was taking place in the National team in the past, whereas in this series the same 11 players played all three ODIs, which was a welcome change for the team and also for players as individuals.

“This is what we shall be doing because we’re one team. If you take other teams who are performing well, it’s a single unit comprising 12 to 15 players. They get opportunities and they gain confidence with that. They’re not worried about their places. Everybody is under pressure to perform, but if one feels ‘I may lose my place if I fail’, then he will be selfish,” said Mathews.

“All the coaches and selectors have given an assurance to the players that they will give them a fair run. One or two may change, but in general all will be given a fair run and you better play your natural game. Their confidence was quite evident in all three departments,” said Mathews.